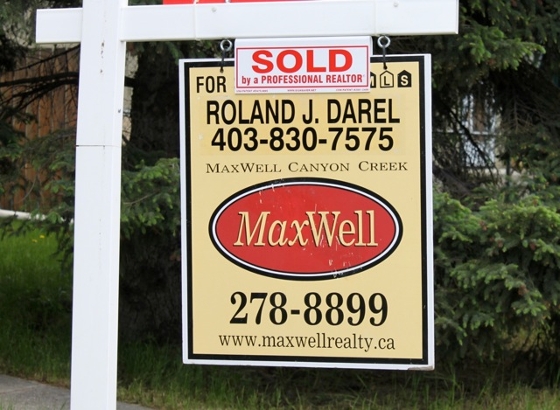 CALGARY — A dwindling supply of single-family homes for sale in Calgary has contributed to a spike in MLS sales in Okotoks and Cochrane in the first quarter of this year.

The Calgary Real Estate Board, in a report released Tuesday, said tightening market conditions in the city are supporting sales growth in both those communities, where property inventory levels remain relatively healthy.

“Relatively strong demand has reduced the amount of time properties are on the market,” said Becky Walters, CREB’s president. “However, overall inventory levels remain healthy, contributing to balanced conditions for buyers and sellers.”

During the first quarter of this year, Okotoks has seen MLS sales increase by 17.92 per cent from a year ago to 125 transactions. The average sale price for a single-family home is up 2.58 per cent to $401,410 while the single-family benchmark price, which represents the typical property sale, is up 6.47 per cent to $374,967.

“The activity in Calgary’s economy and housing market has spread to some of the surrounding centres outside of city limits,” said Richard Cho, senior market analyst in Calgary for Canada Mortgage and Housing Corp. “With listings down in Calgary and average prices higher, some buyers have looked to some of the smaller centres that are a short drive away.”

“The improvement in sales activity in Okotoks is due to inventory levels being slightly elevated, unlike some of the other surrounding areas,” said Ann-Marie Lurie, CREB’s chief economist. “This provides consumers with choice even though there has been a 15 per cent decline in new listings.

“If dwindling supplies for single-family homes persist within Calgary city limits, it should support growth in outer lying communities. However, as resale listings fall, consumers may turn to new homes, and such a move could limit sales growth for resale products.”

I LOOK FORWARD TO BUILDING A RELATIONSHIP WITH YOU

Powered by myRealPage.com
Data is supplied by Pillar 9™ MLS® System. Pillar 9™ is the owner of the copyright in its MLS®System. Data is deemed reliable but is not guaranteed accurate by Pillar 9™.
The trademarks MLS®, Multiple Listing Service® and the associated logos are owned by The Canadian Real Estate Association (CREA) and identify the quality of services provided by real estate professionals who are members of CREA. Used under license.